The plum cake  is a homemade sponge cake spiced with candied fruit, raisins or dried fruit traditional in the United Kingdom, where it is known as Pound Cake, and which is usually consumed at Christmas, although depending on the decoration we put on it, it can be consumed throughout year.

We leave you the traditional Plumcake recipe , more oriented to Christmas, with ideas to decorate it and be the perfect host if you organize a family meal, and also a recipe designed for the little ones in the house, or for those who are not a big fan of candied fruit or raisins, as it is made with chocolate chips. Check out more only at Pet Pooja.

Ready to see the Plum Cake recipe and enjoy it?

How to make Traditional Plum Cake with Raisins and Candied Fruit

We prepare the plumcake dough

We bake the Plum Cake

As we said above, the plum cake can be filled with candied fruit, raisins,  dried fruit or all at once. It is usually a traditional Christmas cake, whose cousins ​​are the Italian Panettone or the German Stollen . 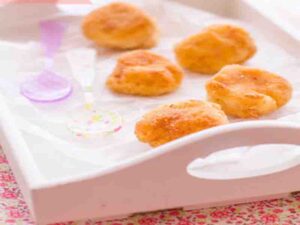